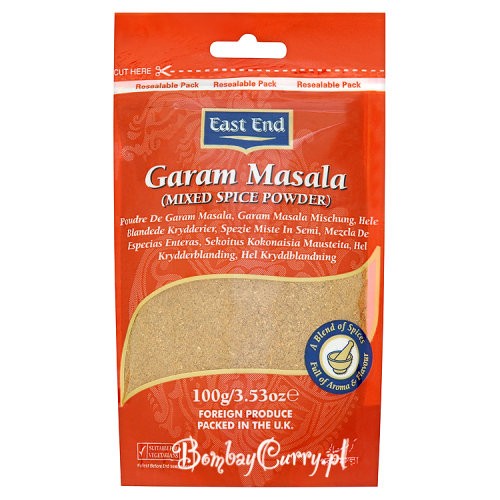 Garam masala is a dry spice blend used in India and in various parts of Asia. In India, "masala" refers to any type of spice, and "garam" means heat - so the whole name does not mean anything like "hot spices." This mixture is not as spicy as chili mix, but it is usually aromatic and sharp. Usually emphasizes the taste of food and is considered as an ingredient, giving the feeling of happiness and well-being.

Unlike other spice and curry mixes, garam masala is usually added at the end of cooking so that its crisp and sharp taste penetrates the entire dish. Sometimes it is also added to fried cakes and stuffings to give the dish an added hint of flavor. In both cases, it is used in small quantities, because the aroma can become overwhelming if it is too much.